Three NTGS records released on the geology of the Rover field, Warramunga Province 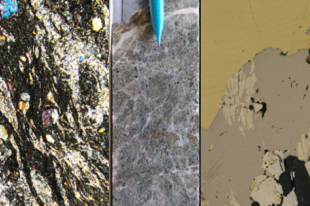 New NTGS Records have been released as part of a Northern Territory Geological Survey-Geoscience Australia collaboration to improve understanding of the regional geological framework and resource potential of the Rover field. The Rover field is an area of prospective Paleoproterozoic geology southwest of Tennant Creek that is entirely concealed below younger sedimentary cover, and which contains a number of copper-gold and polymetallic deposits and prospects.